Collecting the Niu Afa variety in gardens and farmer's fields

The Niu Afa Coconut Variety is rapidly disapearing. Most of the existing Niu Afa coconut palms are then in the Olomanu Seed garden, inside the Samoan national coconut germplasm bank. In 2010, it appears that the total number of Niu Afa coconut in the island of Upolu was no more than 50. Hopefully, this number was tripled during our visit (see the message about lectures for further details). 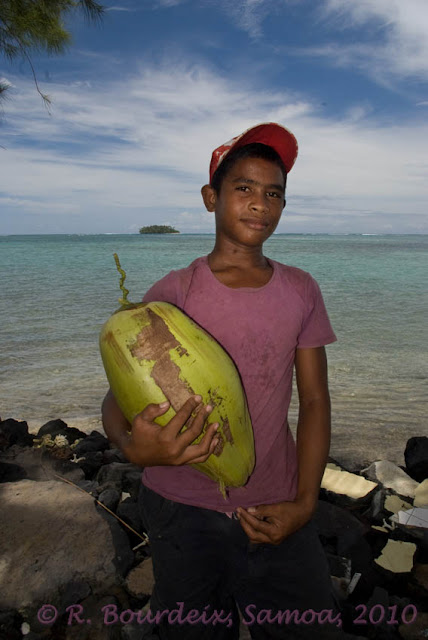 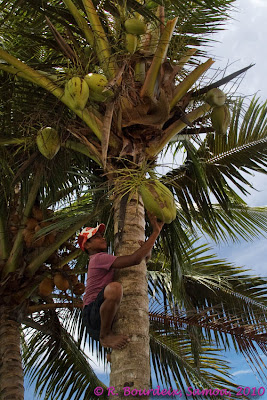 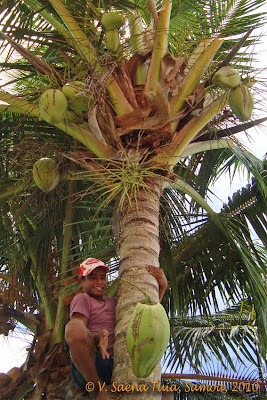 We came
in the village
with our Olomanu climbers.
We found a very nice Niu Afa palm along the beach, with a nice view on the small Island of Nuusafee.
Then we asked the family permission to climb the palm and harvest the fruits.
Immediatly, without even asking us, the young boy climbed his coconut palm.
He harvested the fruits for us. 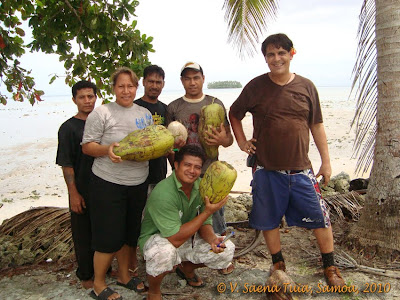 On March 3th 2010, 3 different teams conducted surveys of the Upolu Island. Niu Afa was almost always found in the gardens, not in coconut plantations. In was to possible to collect all the Niu Afa palms we saw, because the owners of these palms were not present at the time of the visit, and family did not had authorization to sell the nuts. Some families said the Niu Afa coconuts are sent a good price to people making handicraft. Most of the people who planted the Niu Afa palms passed the way (approximately 85%). The coast from Salimu to Tiavea was not surveyed due to the difficulty of access. The island of Savaii was not surveyed. We remember that we did not see a lot of Niu Afa palms in Savai during our 2001 visit, but this should be checked again. 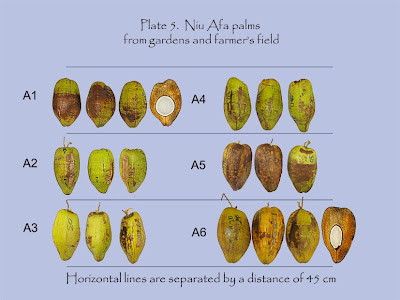 Seventy-six seedlings and 10 samples of leaf for DNA analysis were collected. When picturing the fruits, It appeared that some of the palms collected during the survey were not pure Niu Afa palms. This is especially true for palms A1 (round coconut), palm A6 (brown fruits) and probably palm A2 (small fruits) and A3 (fruits smaller with a different yellow-green colour). Palm B3, B6 and C8 should also be discarded due to their smaller and rounder shape. 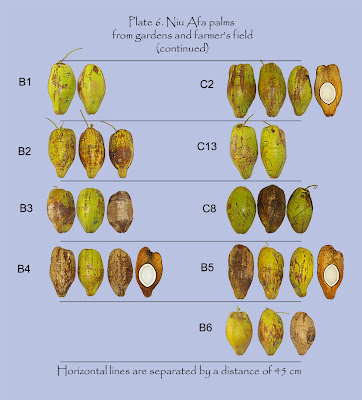 The case of the palm A6 is interesting (see plate 5). The very big fruits is brown in colour and the nut inside is too small, clearly indicating this is not a Niu Afa coconut palm. It could be a kind of mix or hybrid; it could also be another coconut variety that is considered as extinct: Niu Tauaga or Tauanga. This variety was recorded in the PRAS survey made by E. Siaosi in Vaovai village (Upolu Island). Also cited by Parham, 1972 and Christophersen 1935 as a form used for fibres but different from the Niu Afa: fruits oblong with almost parallel sides.

I was then decided to focus to the Olomanu Seed garden for the future harvest of Niu Afa seednuts.
Publié par Dr Roland Bourdeix à 9:55 AM 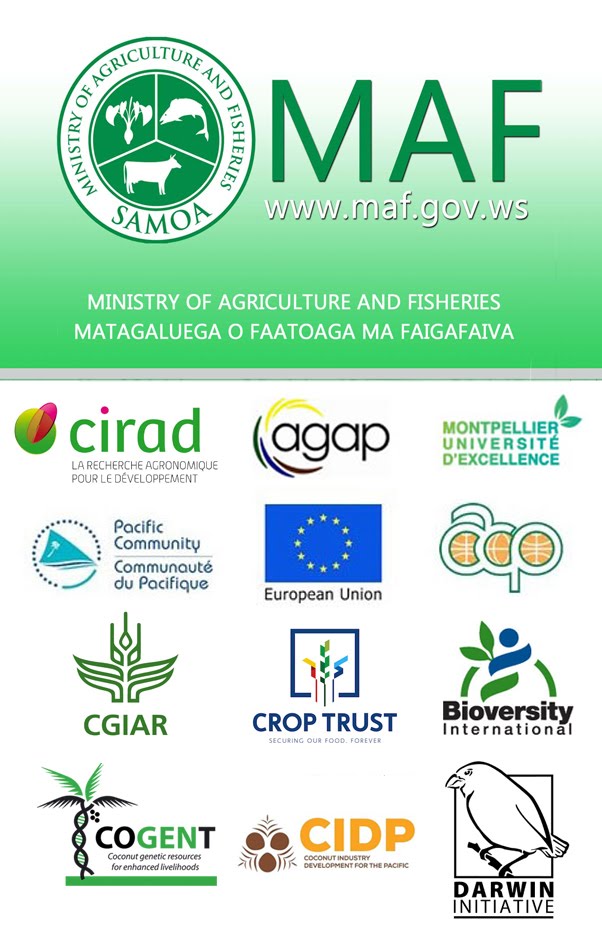 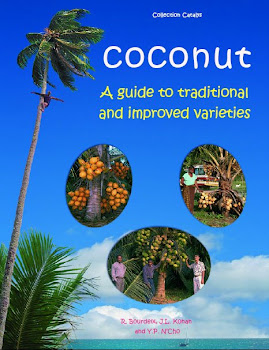